SYMVIONICS began one Saturday morning at Denny’s as a breakfast discussion between Rich Weeks and Larry Barraza. Having worked together at Northrop for seven years, they now envisioned creating a small aerospace company which would support our nation’s defense by providing world-class flight simulation and training to our war-fighters. And so SYMVIONICS was incorporated in 1988. The first subcontracts from Lockheed Martin (F-22 Fighter) and McDonnell Douglas (C-17 Transport) employed just three people who would work their programs on site during the day and then build SYMVIONICS at night by working back office tasks utilizing a dial up modem! 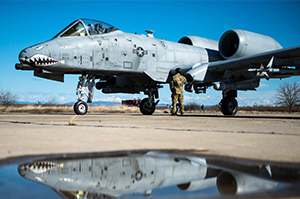 The reward for building SYMVIONICS “one brick per night” came three years later in 1991 with the capture of its first million dollar subcontract for software engineering support to Northrop on the B-2 program. This business relationship with Northrop would set the stage for many good things to come. In 1992 the company received SBA 8(a) Small Disadvantaged Business certification and just three years later in 1995 would step into the prime contractor role with Air Force contracts for A-10 Unit Training Devices for ANG and Flight Test Software Development Support for AFTC. With the downturn in aerospace in full swing by 1996, SYMVIONICS focused on adding a new customer, the Navy and a new business line, Management Support Services in order to broaden its business base. The result was the award of a Navy contract for Bachelor Quarters Management Support.

In 1997 SYMVIONICS, together with Northrop Grumman, would receive the very prestigious Nunn Perry Award given to the top team in the DoD’s Mentor/Protégé Program. The very next year, in 1998, SYMVIONICS earned the SBA Small Business of the Year Award for Region IX and was thus a finalist for the SBA national competition. The tremendous growth the company had recently experienced led to SYMVIONICS being ranked #135 on the Inc. 500’s list of fastest growing companies in 1999. Things did not slow down a bit in 2000 as three very significant events occurred. First, the commercialization of the IADS® product began. Second, the simulation business line expanded into Air Traffic Control (ATC) training at the Navy schoolhouse in Pensacola, FL. Third, a new business line of base operating support (BOS) services began with the award of Navy housing maintenance services at Murphy Canyon in San Diego.

After three consecutive years of increasing domestic sales, the IADS® product was first sold overseas in 2003. Also by 2003, SYMVIONICS had won additional BOS contracts and was now responsible for the maintenance of all non-privatized Navy housing in the greater San Diego area. A two year companywide initiative culminated with ISO 9001 certification of SYMVIONICS in 2006. With the award of the Navy’s Training System Contract II in 2003 and subsequent delivery order awards in the following years, SYMVIONICS proudly opened its Simulation and Training Business Center in Orlando, FL in 2006. This premier facility would eventually support four simultaneous programs with engineering, light manufacturing, assembly, test, pack and ship capability. SYMVIONICS delivered twenty three (23) trainers and simulators to its customers between 2008 and 2012. 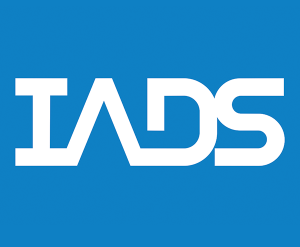 As the trainer business grew in the latter half of the decade, so too did the IADS® business. In 2008 IADS® was used in the development of SpaceShip 1, extending SYMVIONICS into the final frontier. Expanding the IADS® product line to include hardware turnkey systems and all associated system training necessitated a central facility for all IADS® operations – thus, the opening of the IADS® Commercial Development and Training Center in Palmdale, CA in 2010. Just two years later, in 2012, SYMVIONICS’ IADS® product would be awarded patent #8,200,376. In 2020, IADS® was then sold to a large U.S. publicly-traded international aerospace company, who provides mission-critical solutions for the defense and aerospace industries.

In 2013, SYMVIONICS once again stood proud as both the company’s IADS® products and its shipboard Air Traffic Control (ATC) simulation efforts were part of aviation history with the successful catapult launch and arrested landing of Northrop’s X-47B UCAS on the USS George H.W. Bush. Also, with our growing NASA work, we are supporting new endeavors to return mankind back to the moon and safely navigate aircraft in an urban environment. Over thirty years later, Rich and Larry remain ever grateful for the amazing efforts of everyone in the SYMVIONICS family and are proud to know that those efforts continue to help our warfighters make the world more secure and our aviation industry safer.