EDWARDS AIR FORCE BASE, Calif. (AFNS) — There’s an old saying, “Necessity is the mother of invention.” 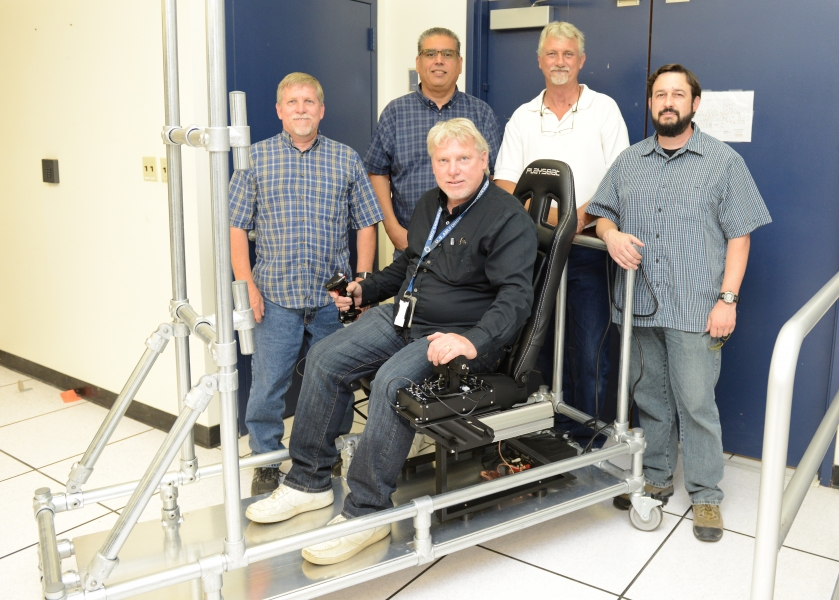 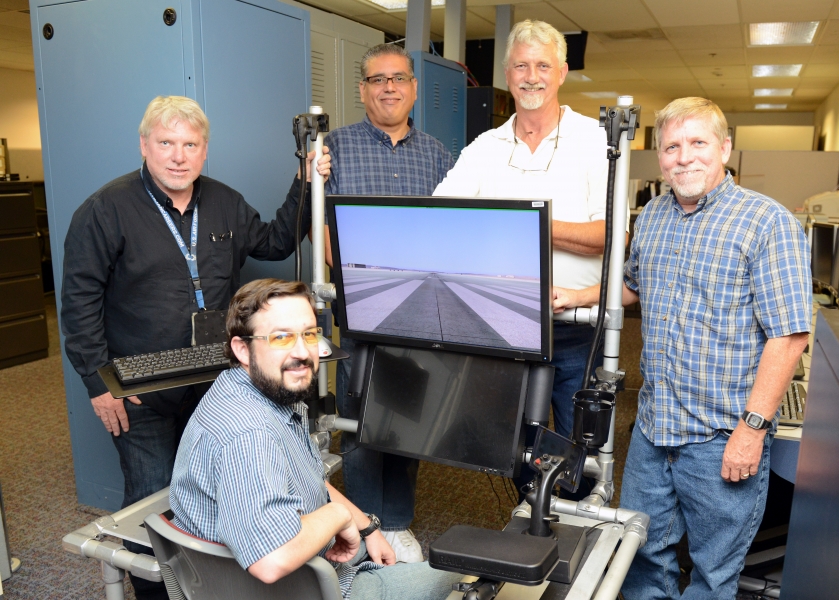 The new Portable Manned Interactive Cockpit is being built upon the success of the first interactive cockpit, which is pictured here, built by employees of the 772nd Test Squadron at the Integrated Facility for Avionics Systems Test. The new PMIC is designed to be more mobile and agile to transport to other simulator rooms and off base for events. The 412th Test Wing provided funding for the PMIC as part of its innovation initiative to encourage personnel around base to come up with innovative ideas and projects to improve the wing. (U.S. Air Force photo by Kenji Thuloweit) 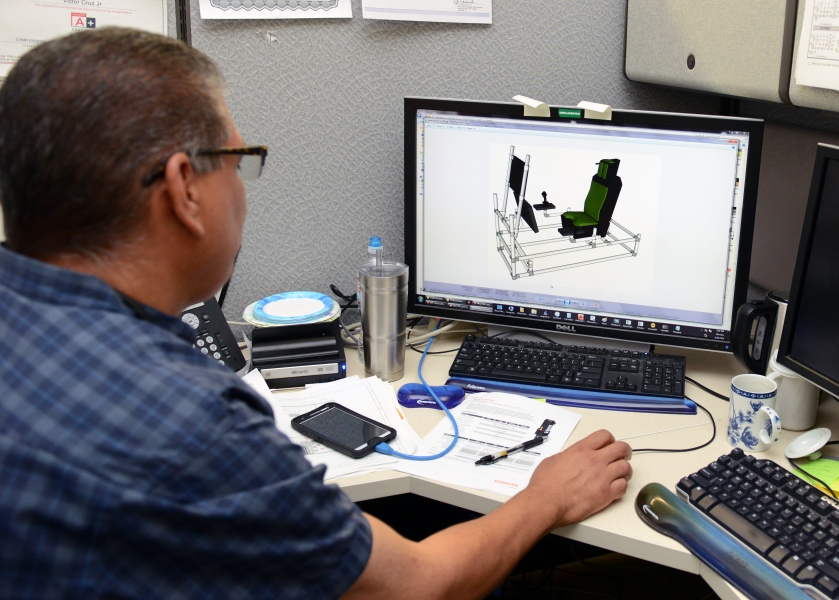 The 412th Test Wing also voiced the need for innovation to improve the way things are done, not only now but for the future.

At the 772nd Test Squadron a need was identified, and through some ingenuity and resourcefulness, the Portable Manned Interactive Cockpit was conceived. The PMIC was designed and is being built by a team at the squadron’s Integrated Facility for Avionics Systems Test.

“We’re all software developers and we wanted a cockpit that we could use for development that wasn’t being used by the (combined test force),” said Orion Westfall, one of the team members. “We wanted an F-35 (Lightning II) cockpit, something small we can do development on.”

Westfall said getting time with the actual state-of-the-art simulators at the IFAST to do software development can be difficult given how often they’re used.

“We have big full dome simulators, but those rooms are used all the time and we cannot get in there and do any work while a mission is going,” he said. “We’ll schedule the rooms to do work, and, if the (combined test force) decides they want to fly a mission that day, then we have to reschedule. It’s kind of important for them to fly, and we we’re getting rescheduled a lot.”

The team pieced together a cockpit with a stick and throttle, and then monitors and computers gathered from around the IFAST. The makeshift cockpit fit their desired needs and turned out to be quite a success for the developers’ purposes; however, it wasn’t very mobile.

“It’s wide and doesn’t fit through all the doors,” Westfall said. “So, we decided on this second iteration we would make sure it can go on elevators and go through small doorways.”

With the success of the first cockpit, the 412th TW, which sets aside money for innovation projects, granted the 772nd TS funds to build the new, more mobile one.

The new PMIC has a built-in seat that vibrates to simulate a real cockpit, and it has a built-in stick and throttle. The stick can be swapped out depending on the type of plane. The sim computers are installed in travel boxes for easier transport.

“One thing about the new PMIC is it can be converted into even a tank or a car if that need ever arose,” said team member Gary Johnson. “It has the (gaming) seat, which has the capability of having a center console that can support a steering wheel along with a center stick depending on the aircraft.”

The PMIC team plan to use it with other simulators where it can join in on missions and also be used for pilot training. Another benefit is the flexibility of the PMIC to be configured to almost any aircraft type on Edwards Air Force Base. Regular simulators are only dedicated to one aircraft. The squadron also plans to take it out into the community for science, technology, engineering and mathematics events.

The PMIC is expected to be completed and ready to use in July.

Links to the Articles